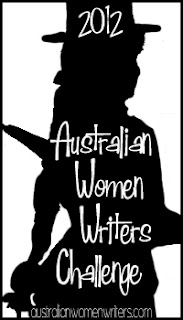 I first encountered My Brilliant Career as a film when I was fifteen. I was, then, the same age Miles Franklin was when she wrote it, and as I too wanted to be a writer it made an indelible impression upon my dreamy adolescent self. As a budding feminist too, after seeing the film I resolved that if ever I married, I would be keeping my own name. The story met me soundly with its declarations about marriage, career, and a woman's struggle to find her way in the face of societal constraints.

And so I bought the book with my pocket money.

Published in 1901, My Brilliant Career included a preface by Henry Lawson, no less. It is a delicious read now, but at fifteen I found it wearisome. Sidelined by things I did not understand like quarts, the D of his saddle, green hide and mullock, I grew impatient. To my mind it echoed the dreary school room literature I was being subjected to elsewhere, which seemed completely irrelevant to my teenage sensibilities. I don't believe I finished reading it.

Last January, I joined the Australian Women Writer's Challenge and began plundering the bookshelves of friends and family. And there it was on the shelves of my parents' study, my name girlishly swirled inside the front cover. Bonanza, I thought, this is just the one to catapult me into the AWWC. And I took it away to the beach.

My Brilliant Career contains so many reminders of myself at that same age, that I chuckle to myself and wonder how I failed to recognise them. Perhaps Franklin's sentiments were so close to mine, that I thought little of them. Like many teenage writers, Franklin is afflicted by exclamationitis! The text is infused with angst, frustration and longing. Passion oozes off each page with sighs so heartfelt and self-obsessed it is close to a teenage diary. But while most teenagers keep their journals under lock and key, fearing they will be exposed, Franklin sent her's to a publishing house. It's clearly autobiographical, does the author not say as much herself in the introduction?: My dear fellow Australians, Just a few lines to tell you that this story is all about myself - for no other purpose do I write it.

And yet after its publication, the public connection between Franklin's family and friends and the characters in the story reportedly caught her unawares. It is as if the novel is a kind of 20th century social media message in which too much is said, and the only mystery surrounding the fallout is how the author can possibly be surprised at it's effect.

But while Franklin's observations about gender politics are advanced for their time, her references to indigenous people are discomforting. Apparent compassion for countrymen trudging past in search of work only extends so far. With the benefit of hindsight, one can't help wondering if the snivelling little Queensland black boy kept by Harry Beecham as a sort of black-your-boots, odd jobs slavey was because he had been taken far away from his family against his will.  Even when the protagonist Sybilla is sent away from home to work, the comparison in circumstances is not drawn.

I am completely delighted to have rediscovered My Brilliant Career for myself and to have been reminded of its influence on me. In it's preface, Henry Lawson writes: I hadn't read three pages when I saw what you will no doubt see at once - that the story had been written by a girl....I don't know about the girlishly emotional parts of the book - I leave that to girl readers to judge; but the descriptions of bush life and scenery came startlingly, painfully real to me. If it were possible, I would assure Mr Lawson that as an expert in such girlish emotions, I can vouch for their realism, just as the scenic descriptions resonated with him more than a century ago.

You may also enjoy reading Ray Lawler: Summer of Our 90th Year

visit my other blog